Recently I came across one of the most interesting start-ups engaged in producing AI music: Aiva Technologies.

Founded in February 2016 in Luxembourg by Pierre Barreau, Aiva focuses on developing emotional classical soundtracks. Their main target audience does seem to be individual consumers, but rather advertising and production agencies. Their aim claim is to focus in developing soundtracks for films, commercials, games and trailers to support storytelling.

And they have an ambitious goal:

For their technology to become one of the best music composers in history.

Their team is composed by a mix of researchers, entrepreneurs, engineers and musicians. Despite their small team and recent start, they have managed to achieve much fast success not only in terms of quality of production, but also in terms of societal impact.

They have raised the attention of sites such as Futurism and have even met with Xavier Bettel, Prime Minister of Luxembourg.

And more impressively, they have also won the prestigious “Pitch Your Start-Up” competition. Each candidate had exactly 3 minutes and 33 seconds to present their business. In the end, AIVA was the winner which gave them a sum of €50.000 to be invested in the company. Hear from the winner!

The first song from Aiva to reach a broader audience was “Genesis”. It is an absolutely beautiful and intense classical piece, composed in A minor (famously sad and reflective musical tone).

The quality of the composition is truly incredible, especially considering the short period of time that the start-up has been operating. It only comes to show the exponential nature of artificial intelligence and

Listen to the beautiful “Genesis”:

More incredibly, recently on the 23rd of June (2017) during the National Day celebrations in Luxembourg, an orchestra performed a piece named “Letz make it Happen”. The composition is once again gorgeous and was played to showcase the country’s technological innovation scene.

Listen to “Letz make it Happen”:

However, the song also generated a controversy. The Luxembourg federation of authors and composers (FLAC) issued an open letter directed to the Luxembourg Minister Xavier Bettel making public their discontent with the fact that the song had been commissioned, describing it as “an affront to Luxembourg’s composers, a slap in the face of all creative people in the arts.”

In response, the ministry of culture of Luxembourg issued an official statement saying:

“Luxembourg is a country of artistic creation and at the same time an innovative country and a world reference for new technologies and it is clear that these two characteristics can perfectly coexist. The festivities organized on the occasion of the National Day are particularly well suited to highlight the richness of the creative spirit that our country promotes in all sectors” said Culture Minister Xavier Bettel, adding, “I am proud and happy that the musical programme of the official ceremony foresees a composition of Pascal Schumacher and an arrangement on the part of Ivan Boumans who will pay tribute to Edmond de la Fontaine.”

It is extremely interesting, fascinating and scary (all at the same time!) to witness once more humanity facing the wonders and pains of a societal change due to another technological innovation.

This time within the music industry.

Innovation often causes disruption and exclusion. And disruption induces the need for adaptation. The claim from the Luxembourg federation of authors and composers (FLAC) is one of the first public complaints against the use and commissioning of AI music. It seems to be one of the first and for sure will not be the last episode.

Automation has already impacted the fashion, photography, transportation and many other industries. And now technological innovation is disrupting the deep core of the music industry: composition.

But for the meantime, from a consumer perspective, simply enjoy the extraordinary music bring produced by start-ups such as Aiva and the incredible capacity of what AI can achieve.

And remember, the greater the database and experience, the most accurate AI tends to become. So in case you are considering the music composed Aiva of great quality, simply wait because time will make it even more incredible.

To finish off I leave you with a music collection from Aiva. It is a 1hour and 9 minutes recording of 28 compositions! Truly incredible and perfect for working and concentration.

After listening to it all, tell me: Isn’t it truly impressive? 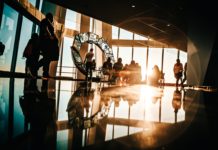 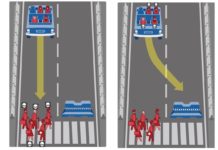 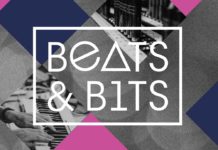