The TED Conferences started in 1984 through the vision of Richard Saul Wurman. He believed that three incredible areas could (and perhaps should) converge to lead to inspiring discussions:

Since then, the eventvhas become a global icon of quality talks ranging from creativity in schools, to orgasms,  and happiness.

Ps: Now think about it, Mary Roach (author on sexual behavior and orgasms) should definitely collaborate with Dan Gilbert (author on psychology and happiness). I’m pretty confident both topics are highly correlated.

And speaking of extremely exciting topics like orgasms and happiness, the TED Conference has also become famous for its incredible contribution to the field of MUSIC.

I’ve selected 15 simply incredible music performances, from completely different styles and genres, that hopefully will be highly inspiring for you.

Turn it up and Enjoy!

Description: All under the age of 16, brothers Jonny, Robbie and Tommy Mizzone are from New Jersey, a US state that’s better known for the rock of Bruce Springsteen than the bluegrass of Earl Scruggs. Nonetheless, the siblings began performing bluegrass covers, as well as their own compositions, at a young age. Here, they play three dazzling songs in three different keys, passing the lead back and forth from fiddle to banjo to guitar.

Description: Raised listening to his dad’s old records, Joey Alexander plays a brand of sharp, modern piano jazz that you likely wouldn’t expect to hear from a pre-teenager. Listen as the 11-year-old delights the TED crowd with his very special performance of a Thelonious Monk classic.

Description: 21 Year Old Usman Riaz grew up playing classical piano since the age of 6. Picking up guitar at 16 Usman taught himself how to play percussive guitar. Along with these 2 primary instruments he experiments with a number of other ones such as Harmonica, Mandolin, Harmonium and percussion. His recent at TED performances and talks at TED Global 2012 and his selection for the US State department funded cultural/music exchange program OneBeat have proven to him that the internet can be used as a reliable platform to learn new things and open up pathways that seemed impossible before.

Description: Sting’s early life was dominated by a shipyard—and he dreamed of nothing more than escaping the industrial drudgery. But after a nasty bout of writer’s block that stretched on for years, Sting found himself channeling the stories of the shipyard workers he knew in his youth for song material. In a lyrical, confessional talk, Sting treats us to songs from his upcoming musical, and to an encore of “Message in a Bottle.”

Description: Reggie Watts’ beats defy boxes. Unplug your logic board and watch as he blends poetry and crosses musical genres in this larger-than-life performance.

6. The Orchestra In my Mouth

Description: In a highly entertaining performance, beatboxer Tom Thum slings beats, comedy and a mouthful of instrumental impersonations into 11 minutes of creativity and fun that will make you smile. (Filmed at TEDxSydney.)

7. A Musical Escape Into a World of Light and Color | Kaki King

Description: A genre unto herself, Kaki King might just be the next guitar god. She fuses the ancient tradition of working with one’s hands with digital technology, projection-mapping imagery onto her guitar in her groundbreaking multimedia work “The Neck Is a Bridge to the Body.” Using her guitar’s neck like a keyboard, she plays an intricate melody as she takes the audience on a musical journey of light and sound. She calls it “guitar as paintbrush.”

Description: John Legend is on a mission to transform America’s criminal justice system. Through his Free America campaign, he’s encouraging rehabilitation and healing in our prisons, jails and detention centers — and giving hope to those who want to create a better life after serving their time. With a spoken-word prelude from James Cavitt, an inmate at San Quentin State Prison, Legend treats us to his version of Bob Marley’s “Redemption Song.” “Won’t you help to sing these songs of freedom?”

9. A Beatboxing Lesson from a Father-Daughter Duo | Nicole Paris and Ed Cage

Description: Nicole Paris was raised to be a beatboxer — when she was young, her father, Ed Cage, used to beatbox her to sleep at night. Now the duo is known for their beatbox battles and jam sessions, which mix classic rap beats with electronic dance sounds. Prepare yourself for a bit of a hip-hop history lesson, and enjoy the show.

Description: Alice Phoebe Lou is a passionate street musician originally from South Africa. She shares some of her own story and music at TEDxBerlin.

Description: Imogen Heap shares with us her own personal search for musical perfection and the journey she has made developing Mi.Mu gloves — a tool that gives musicians maximum freedom to improvise and allows simple movements to sculpt music.

Description: Eric Lewis, an astonishingly talented crossover jazz pianist — seen by many for the first time at TED2009 — sets fire to the keys with his shattering rendition of Evanescence’s chart-topper, “Going Under.”

Description: The pop hits of today receive a vintage makeover, courtesy of viral YouTube band, Postmodern Jukebox. Led by Scott Bradlee (Sleep No More, Bioshock Infinite) and featuring charismatic chanteuse Robyn Adele Anderson, Postmodern Jukebox brings Jazz Age and Old Hollywood sensibilities to today’s most popular artists by transforming their hits into swing, hot jazz, ragtime, and doo wop. Since their inception in February of 2013, they’ve amassed over 27 million views on YouTube, spent several weeks on the Billboard Jazz charts, and landed a featured performance on ABC’s Good Morning America. As one young viewer correctly noted, “This is the only band I enjoy that my grandparents also enjoy.”

Description: Few people would consider the ukulele a serious musical instrument. Until, that is, they hear Jake Shimabukuro play one. Jakes uncommon compositions and playing techniques defy labels and categories, and he lays down jazz, blues, funk, classical, bluegrass, folk, flamenco and rock with equal virtuosity. Occasional tours with Jimmy Buffett & The Coral Reefer Band have broadened his experience and brought his talent and charming stage presence to crowds of up to fifty thousand people.

15. Songwriting: the Confluence of Words and Music | Russ Chapman

Description: Enjoy singer songwriter Russ Chapman’s clever wit and creative lyrics in this captivating two song performance. Showcasing the art of joining words and music, Chapman illustrates the use of humor in communicating a message through song. 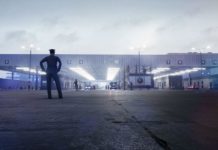 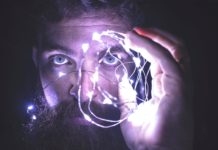