We at LiveInnovation.org investigated this issue through an online structured survey. The results I’ll discuss here are resultant of sample of 301 valid respondents (132 Males and 169 Females). Overall,  results revealed some very exciting findings!

First of all, there no statistical difference in regards to their involvement with Music. Both genders equally feel deeply involved with Music!

Furthermore I’m sure many of you listen to music while doing sports, going for a run or visiting the gym. Interestingly enough, we found a statistical difference in this regard, with more female respondents listening to music while doing physical exercise than guys, although both genders  listen to it frequently during such moments (Male average: 3.85; Female average: 4.27. Frequency was measured on a 5-Point Likert Scale). So both gender listen to it quite “often”; but the values of means (statistic-pros step forward!) buzz around the “often” value with 0.5 difference between the two genders.

No statistical difference was found between genders when comparing their listening frequencies in the following scenarios: listening in the car, in public transports, flights, work environment, while reading for leisure or studying.

Three strong statistical differences were identified when comparing the relevance of concert attributes: their perceptions towards safety, punctuality and the way artists are dressed. Can you predict which gender places greater relevance to these attributes?

Guys, often controlled by testosterone (as we can sometimes be), apparently care less for safety during concerts than girls. The need for protection is higher for the ladies. Also when it comes to punctuality female respondents placed significantly higher importance to this factor. So you have a crowed composed mostly by female listeners, don’t be late! Finally, females also place much greater importance to the way the artist is dressed, when compared to males.

No statistical difference was found between genders when comparing the relevance of the following concert attributes: stage lights, sound quality, performance of artist, stage decoration, audience atmosphere, food and drinks or display of merchandise.

We also had a look at how both genders follow their musicians or bands online platform. Generally, both genders indicated a low level of interest in following their favorite musicians through social media. The only statistical difference referred to the use of Instagram. Guys “rarely” follow their favorite musicians on Instagram, while girls follow them much more frequently. No difference was found in relation to visiting the official website, twitter, Facebook, fan sites or social media of fan clubs. This clearly suggests that artists must do much more to generate traffic to their platforms! If both genders are so involved with music, they should clearly be interested in the content the artists have to share!

Last but not least, we looked at the frequency of use of different devices to listen to music. There were no differences in regard to listening to music through cellphones, tablets or laptops. However but the opinions differ at the usage of sound systems, television (!?) and tablet with headphones. Guys listen much more frequently to music through sound-systems. Personally I think guys might be more interested in tech products (although I need data to support this argument!) and therefore perhaps the quality of sound is better when compared to listening through a mobile device. The last two devices television (!?) and tablet with headphones also revealed a statistically greater use by males, although both use it with very low frequency.

So there you go: there are indeed differences in the music consumption between genders! Not really surprising, but always important to remind ourselves and professionals from the music industry: Treating all listeners similarly might be a huge mistake.

Understanding such differences are simply the start to addressing the desires of fans and making them enjoy music and music-related content even more! 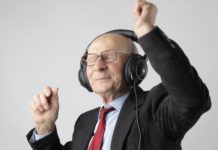 Dopamine: More Than Pleasure, The Secret is the Anticipation of a Reward 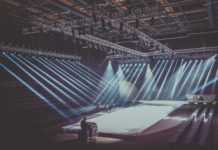 Covid-19 Crisis: What Does it Mean for the Entertainment Industry? (Part 1)