For a second, think generally of the music types that your friends listen to. Regarding your female friends, is it perhaps Pop or Pop Rock? If they are male, does Electronic Music or Hip Hop come to your mind? Considering that this is a pretty interesting topic, we at LiveInnovation.org recently checked on our database to investigate if there is an association between gender and favorite genre of music. It is part of a structured survey involving Music and Consumer Behavior (PARTICIPATE Now and help us reach a bigger sample size!).

So, recently I compared the perception of 169 female and 132 male respondents. Pop and Pop Rock were the most popular genres for both, male and female participants, followed by Electro and Rap/Hip Hop. Heavy Metal, Classical Music, Reggae, Folk and Jazz don’t seem to be as popular among our survey takers. Surprisingly, many (18,6% of males and 16% of all females) also indicated that they like to listen to completely different styles of music, but did not specify their choice further.

As they say, girls first. So let’s discuss their preferences. Their favorite music seems to be Pop music (27.2%), such as Katy Perry’s or Taylor Swift’s, as well as Pop Rock (21.9%), with the likes of Miley Cyrus, Kelly Clarkson. But girls are certainly not limited to appreciating those two genres! Electronic Music (11.8%) and Hip Hop (5.9%) also seem to be popular among the girls. Pop artists such as Taylor Swift, for example, clearly target female teenagers. So would it be possible that generally so many female participants idolize Pop artists and their songs since they can identify themselves with the lyrics that are obviously targeted at them? Many Pop songs are discuss teenage relationships, friends and having a “good time”. However, another common theme involves giving personal life advice, encouraging the listener to be confident and brave, and overcome insecurities. Such personal and social topics represent a major concern for many girls and teenagers, and are recurrent thoughts in many of their everyday lives. Perhaps this may be one interpretation of why such genres are so popular among female music fans.

As opposed to the female participants, males chose Pop to be one of their least favorite types of music (only 6.1%). They prefer to listen to Electronic Music (23.5%), Pop Rock (14.4%), Hip Hop/ Rap (16.7%) or Heavy Metal (10.6%). Electronic Music often has short or repetitive lyrics, or simply no lyrics at all. The main trigger of the style lies on the beat and pace of songs. A slow song might calm listeners down or help them distract while i.e. working, driving or studying. On the other hand, a fast pace Electronic Music might pump someone up at any time or space! Furthermore, Hip Hop songs often involve controversial lyrics discussing women, fame, money or an exuberant luxurious life. But rap is not limited to it and can also be very deep, revolting against wars, inequality, abuse, violence. But in general, both genres of music very often emphasize an intended masculinity through a powerful  use of bass, drums and guitars and visual style of the musicians.

But most importantly, we tested statistically to verify if there was an association between gender and favorite music genre. And the results were highly significant!

This suggests to us that there is an association between gender and favorite music style. The question now is: how can we use this finding? For example, think of retailers and store owners. Well, they and many other business owners should take this into consideration and carefully choose the playlist of their stores, for example, in view of the predominant gender of their clients! Remember the main premise of marketing is to address the needs and wants of our customers. And it also includes choosing music they like, of course.

Of course, there are many limitations in our study and our survey did not include all possible music genres. There are so many types of music that we haven’t included in our study. In future studies, we will address this issue and we might conduct exploratory studies to find out exactly why listeners from both genders prefer certain genres. This way we will have a better overview of the differences between male and female music preferences.

PARTICIPATE: Help us at LiveInnovation.org to understand deeper the Music consumer by answering our survey on the topic! 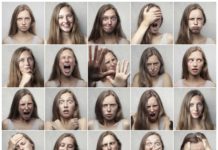 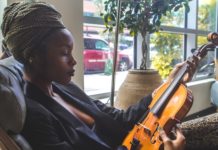