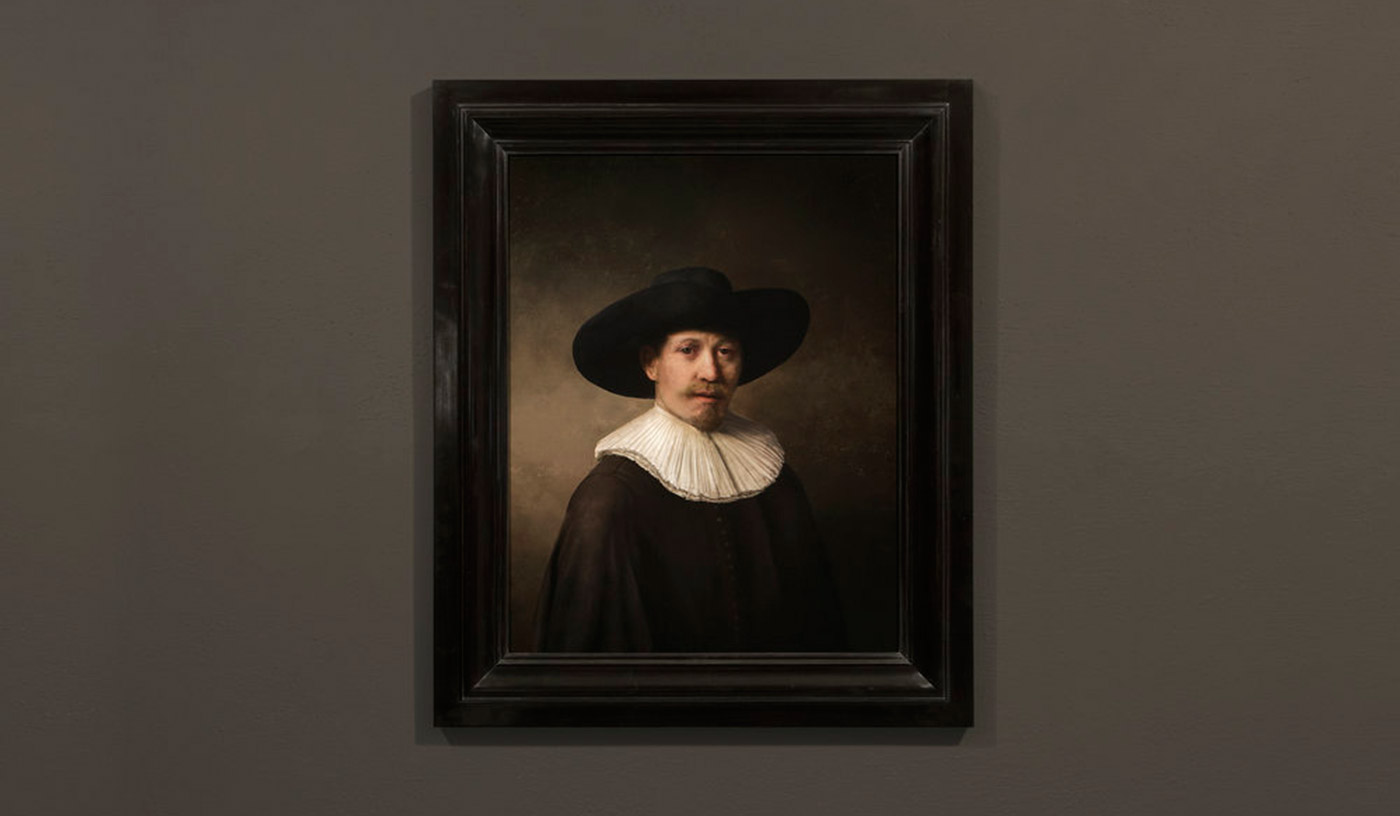 Vincent van Gogh, Pablo Picasso, Claude Monet, Leonardo da Vinci, Salvador Dali…. They were all extraordinary painters and left their names in the history of art.

In addition, much of their contribution to art derives from their unique “styles of painting”. Simply said, one can understand “style of painting” by patterns of procedures with which one uses to paint.

For example: If we analyze paintings from Vincent van Gogh, one can identify patterns of color use, style of brushing, light intensity, themes and much more. The combination of these features defines the “style of a painter”, and is greatly responsible for the identification of admirers. Here are some examples from van Gogh:

Once an artist dies, admirers may feel deeply sad for the fact that no “new painting” will appear that is resultant from the style of the painter that passed away. All we have are the works he/she left during their lifetime.

But you may want to start re-considering this assumption.

Meet “The Next Rembrandt” Project

“The Next Rembrandt” project is a collaboration between ING, Microsoft, Tu Delft and Mauritsuis to create a “NEW”, yes, “new” Rembrandt painting.

Rembrandt Harmenszoon van Rijn (1606-1669) was a Dutch painter, part of the “Dutch Golden Age Baroque” movement. Many of his paintings were portraits, as seen below. This means it was important for his style of paintings the proportions, angles and expressions with which he portrayed human faces.

However, considering that the Rembrandt passed away in 1669 in Amsterdam, how would it be possible to create “new” paintings that resemble his style?

Simple: Through deep learning algorithms and 3D printing technologies, the partner companies have analyzed and identified with great precision the patterns which comprised the “Rembrandt’s painting style”. Once this process was done, they literally 3D printed the painting.

Here is a more detailed description of the process:

Once all of this was done, 347 years after the death of Rembrandt, a “new painting” was made and revealed in 2016.

For someone with limited knowledge of painting like myself, thus unable of making critical judgements in terms of quality or style, it certainly appears impressive.

And remember: As with all exponential technologies, quality of computer generated paintings will improve very quickly. Thus we should expect it to become even better very soon.

In 2013 Frey and Osborne, published an extremely insightful paper titled “The Future of Employment: How susceptible are jobs to computerisation?“.

In this publication the authors analyzed 702 jobs in the American system to understand how far and how fast jobs may be replaced by software. The conclusion was striking: Up to 47% of jobs may be at risks, and rates can be even higher depending of the characteristics of cities.

The authors conclude by suggesting that individuals without jobs may potentially shift or focus on areas that require more creativity or social intelligence.

Considering that music and painting are now being produced by technology and the rate of production is expected to increase and improve with time, which tasks will be left for humans?