Home Consumer Behavior Dopamine: More Than Pleasure, The Secret is the Anticipation of a Reward 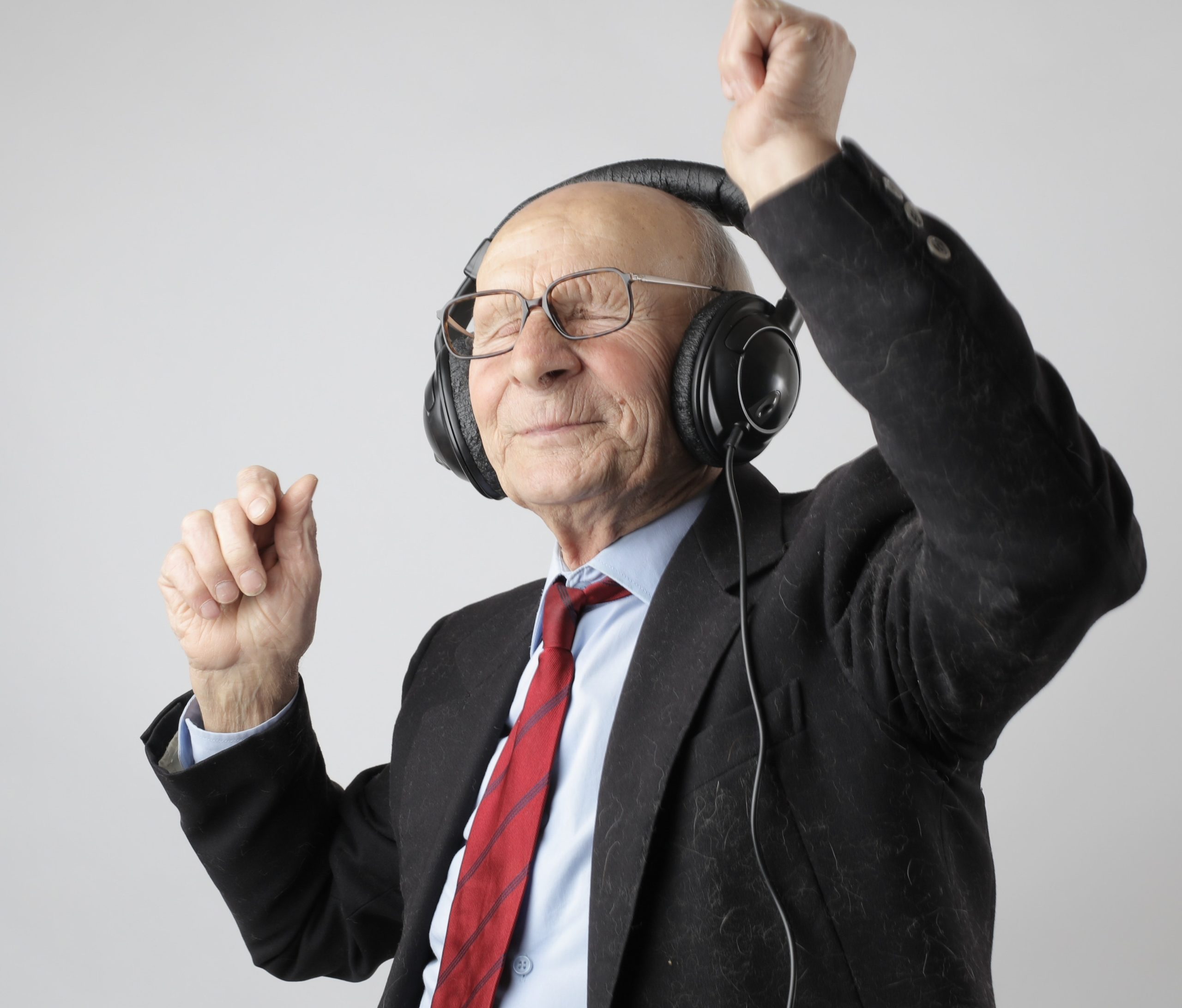 We strive to feel emotions and sensations. We live for it, and a lack of emotions induces a depressive state where life suddenly seems to have no purpose. But where does pleasure come from? What exactly makes us feel pleasure?

Thousands of years of evolution have designed our brains and of many other species to be rewarded by behaviors that are pivotal for our evolutionary process.

Think for one second: what do you do that makes you feel pleasure?

Well, all of those behaviors have something in common: they trigger our brains to produce a powerful neurotransmitter called: DOPAMINE.

Dopamine, together with Serotonin, Endorphin and Oxytocin are the four main neurotransmitters related to all activities which truly gives us a sensation of pleasure. This includes sex, exercise, sleep, learning, music, food and many more.

Dopamine and The Reward System

So as mentioned, our brains have a few structures which are triggered to reward us for behaviors associated with evolutionary forces, such as survival and reproduction. Thus w tend to think that dopamine production is simply related to receiving a reward. However, instead, it is not simply produced when a reward is received.

For example, as described by Robert Sapolsky (author of “Behave“), imagine the following experiment with a monkey in a laboratory: there is a light (signal) in a cage where the monkey is which at times comes on. Once it is on, the monkey should press a lever (work/task) and when he does so, he receives food (reward).

As the graph below (produced for the purpose of illustrating the concept) shows, dopamine is not produced at the end when the monkey receives the reward. But rather, when he anticipates or expect the reward.

Furthermore, there is an important additional element described by Sapolsky. Imagine that instead of receiving the food every single time (100% certainty of the reward) for the task, the researcher starts to manipulate the odds of receiving the reward.

If you add uncertainty to receiving the reward, in other words, if regardless of performing the task the monkey only receives the food as a reward in 50% of the times he performs the task, the amount of dopamine produced in his brain skyrockets!

The reason for it is because the uncertainty of receiving the reward creates a much greater expectation and therefore dopamine production.

As a PhD in Marketing and an academic in the field, you can imagine I am fascinated by the subject. However I have to admit, I do have many internal conflicts with many marketing practices. For example, when professionals intentionally “hack” neuro-systems with the simple purpose of inducing irrational consumption decisions.

Here I would like to highlight some examples of how the dopamine system is hacked with questionable purposes and other more natural applications:

Casinos are perhaps one of the most astonishing ways of hacking the human brain. There are multiple studies explaining the association of gambling and dopamine production. Moreover, the studies highlight the dysfunctional dopamine production as consequence of  gambling addiction (also termed “pathological gambling“).

The main “trick” applied by casinos in general is very obvious: provide an extremely low change of winning an extremely high financial reward.

In fact, the World Health Organization defines   gambling disorder as “as a pattern of gaming behavior (“digital-gaming” or “video-gaming”) characterized by impaired control over gaming, increasing priority given to gaming over other activities to the extent that gaming takes precedence over other interests and daily activities, and continuation or escalation of gaming despite the occurrence of negative consequences“.

These are very similar patterns of behavior found in any form of addiction: for example, lack of control over action and lack of consideration towards he negative consequences.

The consequence of this practice is a global public health problem. In the UK patients are admitted on a daily basis for gambling. And in the last six years, the number of cases has doubled.

It is no secret that smartphone usage has had a profound impact on human behavior. Since 2007 when Apple launched the iPhone I, the behavior of humans changed drastically.

A longitudinal study published in 2017 by The Atlantic showed that after 2007, teenagers were considerably feeling lonelier, sleeping less, having less sex and hanging out less with friends and friendly when compared to before the launching of such devices. The change was so drastic that the author called the article “Have Smartphones Destroyed a Generation?”.

And what makes smartphones so addictive? Well, as Nicholas Carr well explains in his book “The Shallows“, the system of notifications was intentionally developed and introduced with the sole purpose of maintaining one’s attention to the device for as long as possible.

Moreover, when scrolling for “posts” our brains produce dopamine every time we are exposed to new information, regardless if it is relevant or not. Thus, we engage in strange behavior of permanently checking our phones with the aim of being exposed to new content and having dopamine releases.

Needless to say, smartphone use has become an addiction with multiple forms of negative societal impacts.

Below is an insightful video of Tristan Harris, former designer of Google and co-founder of Center for Humane Technology. Tristan was involved in the early development of social media and became a strong voice acting against and raising awareness towards the impacts of smartphone on users. He knows too well how these systems were intentionally developed.

The excitement of watching live sports comes from the fact that we do not who will win. This is the entire concept of sports, right? In a game, fight or race the thrill of watching a competition lies in the unpredictability of the result. There is little sense of watching an event that is predictable. This is exactly one the challenges faces by Formula 1 (the same team, Mercedes, has won the last 5 titles), which resulted in a full regulation change with the sole aim of increasing competition on track.

Without unpredictability, the dopamine levels are too low. As consequence, fans move away as the sort is not “exciting”.

Also, the greater the relevance of the event, the greater is the potential reward. This is why “Finals” or “World Cups” are so exciting and even individuals who are not fans of the sport pay attention.

Globally the audience numbers of sports are incredible. In England, for example over 20 Million people watched the match between England and Croatia. In 2018, almost 45% of the TV audience share in Italy (!) watched the game between Brazil and Belgium.

As consequence, marketers employ great efforts in promoting games, fights and other sporting events to create an even higher anticipation. Commercials are produced, pre-game interviews are made and much is spent in advertisement to generate excitement.

The more anticipation, the more dopamine.

Few things can feel as pleasurable as listening to beautiful song. And why? Well, music also makes our brains produce dopamine. Although the reasons of why music elicits dopamine are still unknown, as it does not have any clear evolutionary link.

However, what is clear is that dopamine release in music is also associated with anticipation and reward. But in a different way. Our brains seem to understand and predict musical patterns, and when these are identified it “expects” these patterns to happen again. Repetition of “chorus” work so effectively for this reason, and specially when associated with cyclical melodies.

Thus, exactly as with other addictive behaviors, humans eek to repeat the pleasurable feeling. With music, we often press the “repeat” button to listen multiple times to a same song that elicits a pleasurable responses on us.

Given how powerful music pleasure can be, companies develop “marketing jingles” with the purpose of supporting the selling of products or enhancing the perception of a brand.

(If you would like to read more on music and dopamine, see this additional article here on LiveInnovation.org).

We are indeed pleasure seekers and it can be extremely difficult to resist certain temptations. This is why it is so important for governments to create regulations which can protect consumers from abusive practices which can lead to addictive behaviors.

There are much more extreme cases which I did not discuss here, which can cause great harm. In specific, the use of sugar in foods and drinks, and the most extreme case of all: drugs.

Nevertheless, enjoy the wonders of “natural” or “responsible” dopamine levels, such as with music and moderate uses of forms gaming, food and many others.

When triggered naturally or in responsible levels, dopamine is a treat. 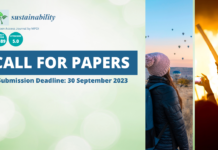 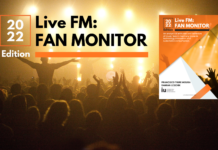 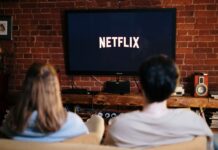