Let us be honest, most of us adores observing the behavior of strangers in public places (well, at least I do. Airports are great for it. Please do not judge).

Imagine for a moment you are outside, looking around and observing others. Let us notice how they are dressed, the style of clothes they are wearing, the brands we can identify, their socialization behaviors with others, if they are talking to strangers or quiet in their place, if they are being loud or not. There is so much to see.

Can all of these patterns of behavior tell us what kind of people they are? It sure can. But to analyze them, we need a system of analysis, right? Right. There is a great deal that we can understand of someone at an individual level, we just need to find an accurate way of doing so.

Psychologists have long attempted to develop models to allow us to understand human behavior, through profile of one’s personality (defined by Kassarjian in 1971 as “the combination of characteristics, patterns of thoughts, feelings and behaviors that make up an individuals’ distinctive character”). This way, we could understand human behavior at an individual level.

Over the years, psychologists developed many systems and models to understand human personality (e.g. see Cattell’s system, Eysenck’s System, Guilford’s, Murray’s Need System, The Interpersonal Circle). However, perhaps the most adopted personality model is the BIG 5 Model (by the way, does it not sound as an amazing name for a band or hip-hop act? “And now… what you have all been waiting for… the BIG 5!”).

There are many interesting facts about the Big 5 model. The first is that its development is not credited to one single author. You see, around the 1940’s a number of different psychologists were working concurrently on the development of such models, and interestingly, they all arrived in the development of fairly similar dimensions which became the Big 5 (the term “Big 5” is credited to the Lewis Goldberg, emeritus professor at the University of Oregon).

Quickly the model became extremely popular and used across several contexts: marketing, human resources and more. And there is an easy way of remembering all the dimensions: as you would imagine, a human personality is complex and deep as an… OCEAN. Exactly! The word ocean makes up an incredible acronym for the five human personality dimensions: openness, conscientiousness, extroversion, neuroticism and agreeableness.

Shall we discuss each one of them? Ok, let us start:

In 2016 professor Brian Little delivered an inspiring Ted Talk discussing the 5 personality factors and analyzing his own behavior. I would definitely suggest watching it, as it will help immensely the understanding of all dimensions:

Most People are Not WEIRD!

In June 2010, Joseph Henrich, Steven J. Heine and Ara Norenzayan published a paper at the Behavioral and Brain Sciences journal titled “The weirdest people in the world?”. In it, the authors suggested a super creative acronym: “WEIRD”, to designate “Western, Educated, Industrialized, Rich and Democratic” societies. The paper discusses how in general researchers assume very little variability among markets. And they were absolutely correct!

Only one month later, in July 2010, the same authors published also a very interesting opinion article on Nature, with the another great title: “Most people are not WEIRD“. Their argument was compelling and very telling. A survey from 2008 had identified that 96% of all participants in studies published in top psychology journals had come from WEIRD countries (e.g. USA, UK, Germany, Australia).

And most psychology theories and models, for example, have such profile of participants. Consequently, the question is: How much can we generalization their findings? Would the Big 5 dimensions also apply for behavioral traits of humans in poor areas in India, slums in Brazil or for populations in remote islands?

A study from 2019 titled “Challenges to capture the big five personality traits in non-WEIRD populations” suggests that there are clear validity issues when applying the model in these countries. Issues with the measurements include response patterns (tendencies to respond in a certain way) and educational level, for example. For this reason, although being highly popular model, it is important to be aware of the limitations of it.

There are many websites which allows you to take the Big 5 personality test, by answering all items of the original scales and receive a final score per factor. One of the most popular sites available online, which I often recommend to my students, is Truity.com.

As you can imagine, there is a strong link between the types of human personality and music consumption, preference and emotional reaction to it. And this is something that interests me quite a lot, as their link is so clear to see.

So I have selected here 5 interesting publications involving these topics to illustrate a few examples of what the scientific community has found:

To conclude, the Big 5 model is a highly validated personality model and extremely useful for psychologists and marketers, academics and the industry (but remember to verify where the data was collected. Not all people are WEIRD!).

Personally I would suggest you take the test and reflect on your own findings. It will certainly help you understand each dimensions and will provide great insights into human behavior.

From then on, “people watching” will become much interesting! 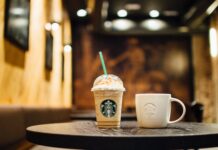