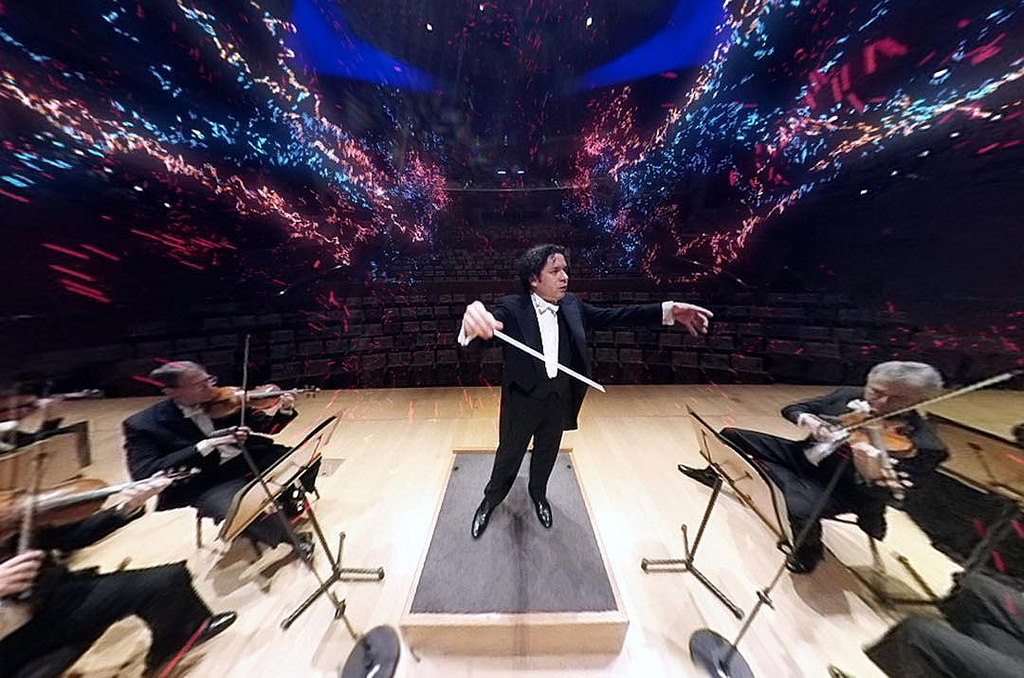 “Why shouldn’t people be able to teleport wherever they want?” elaborates Palmer Luckey in an interview with The Wall Street Journal (Wolfe, 2015). Obviously, teleportation is not meant in the literal sense of the word, but rather in terms of virtual reality (VR). Luckey is the founder of the VR company Oculus, sold to Mark Zuckerberg’s Facebook for more than $2 billion in March 2014. Luckey is one in a list of many, like us at LiveInnovation.org, who are fascinated by the endless possibilities and the game changing character of virtual reality across multiple industries.

According to Statista, the market size of VR products (hardware and software) is forecast to grow from $3.7 billion in 2016 to an astonishing $40.4 billion in 2020. In a survey, conducted among 19-49 years old respondents in the United States, 44% of participants stated their high interest in this specific technology. Moreover, the number of active VR users is expected to reach up to 171 million worldwide by 2018 (Statista GmbH, 2016).

And One Context Expected To Be Deeply Impacted by Virtual Reality Technology Is The Music Industry.

And How Do Virtual Reality and Music Merge?

Here are two main ways: By facilitating decision making processes of consumers and by inspiring listeners through the exposure of VR content.

Concert and festivals, for example, involve mainly a multi-sensory experience where the listener engages for hours with sounds and visuals. Depending on the event, it can be an expensive purchase that involves multiple type of risks during the decision making: physical risk, financial risk, social risk, psychological risk, among others types of risks. For example, concerns involving sexual assaults in European festivals have become a serious issue.

So in this case of perceived high risks (regardless of the type), VR can FACILITATE consumers’ decision making process by allowing them to preview virtually the physical environment of the place, revive scenes from previous years and be more certain of their purchase. Exactly as, for example, iTunes does through “song previews”  and the film industry has done with “trailers” for decades.

Moreover, VR is an extraordinary tool to INSPIRE the listener. One can already watch live events, 360 degree music videos and have completely new form of musical experience. Very soon, new album or any form of musical launches will most likely be paired with additional VR content for listeners.

Coachella Valley Music and Arts Festival (California, USA) started in 1999 and quickly established itself as one of the most important music festivals in the world. It is targeted mainly at a young audience, involves multiple types of music genres and is now a global brand.

Due to its target audience, Coachella has embedded technology as a key tool promotional tool to inspire visitors. Below, watch in VR 360 videos with highlights of each day in 2016. (We suggest you experience it with VR glasses to understand better the VR experience concept).

After experiencing such “previews”, would you agree that such technology is second to none in terms of inspiring potential consumers?

But What is the Current State of Music Videos Available in VR?

At LiveInnovation.org we conducted a content analysis of 37 VR music videos across different music genres currently available on YouTube. The publishing date of the selected VR music videos ranged from March 2015 to July 2016. The coding for the analysis focused on two main dimensions: Content and Cinematic elements.

And now, a summary of findings:

Environment: 20 videos (54.1%) displayed an indoor environment, whereas 15 videos (40.5%) were portrayed outdoors and only two videos (5.4%) were filmed with a mixture of both indoors and outdoors shots.

Event Context: Within this category, the context of what is classically understood as event (festival, concert, musical and street music) is analyzed. All other existing context such as music videos and promotional trailers are placed in the category “Other”. Therefore, 13 videos (35.1%) were identified as belonging to “Other” with regards to the definition. The remaining videos were categorized as follows: 14 videos were concerts (37.8%), five videos were festivals (13.5%), three videos were street music (8.1%) and two videos were musicals (5.4%). 62.5% of all videos belonging to the genre of electronic music took place in a festival setting.

Type of Video: Most VR video content were published as live recordings. A total of 18 videos or 48.6% respectively belonged to this category. 32.4% of all examined samples were regular music videos with VR elements, whereas 10.8% worked as event after-movie. Only 8.1% of the sample were used as promotional trailers.

User Interactivity: Unfortunately, only passive interaction is possible so far to previously recorded videos. This means, the user is able to turn their head experience the 360°-view but cannot freely determine the vantage point within the simulated environment.

Camera Shots: Wide shots were applied in 45.9% of the videos, while medium shots occurred in 89.2% of the sample. Close-up shots were only used in about a quarter of the videos (24.3%).

Camera Angle: 31 videos (83.8%) utilized an eye-level camera shot. A high angle was only used in 27% of the VR music videos. The low-angle shot had marginal higher use in 32.4% of the sample. The birds-eye view was rarely utilized and was only found in 4 videos (10.8%).

Video Transition: Video transition can only be in place, when the video is not filmed in one take. Results revealed that the so-called “one takers” were found in 62.2% of all videos. For instance, all videos belonging to the genre of “Pop” were considered to be “one takers”. Only 37.8% of the examined videos do actually consists of more than one video take.

Drone Footage: Only two videos or 5.4% of the sample make use of drone footage.

Graphic Overlay: Graphic overlays may be used to present additional information or guide the user’s view. These overlays could also provide sponsor or branding information. And indeed, 78.4% of all VR music videos make use of graphical overlays in some sort.

Camera Movement: Camera movement combines all movements along the horizontal and vertical axis in order to simplify the technical terms of film-making. 73% of the sample videos did not implement any camera movement and, hence, were completely static. 27% of the videos make used of active camera movements.

And Now What For The Music Industry?

First of all the first initial surprise from the research was the low amount of VR music videos available. Considering the positive impact of VR across different industries, it was expected that the industry would have developed a greater amount of content faster. Overall the music videos available seem to be still at an infant stage, with much more development soon to come in terms of content and technique of filming.

And this process should be faster than you would think. The main audience of such content is more likely to be millennials and even younger audiences. Generally, they tend to be highly technology involved, consequently highly demanding and critical of such products and services.

There is no space for average tech products. Competition is now global and innovation is constant, at the speed of light. The instant a new form of delivering music experience is made available through VR, competitors will have to follow quickly and be creative to develop differentiation. So the music industry will need to constantly surprise the listener.

So hold on tight. Virtual Reality is simply starting within the Music industry and yes, the material yet available is still infant. But soon you’ll probably be able to follow your favorite artists on tour around the world, watching the gigs on front row seats (or any seat you’d like) in as many concerts you would like or can afford.

And All Thanks to Virtual Reality Technology.