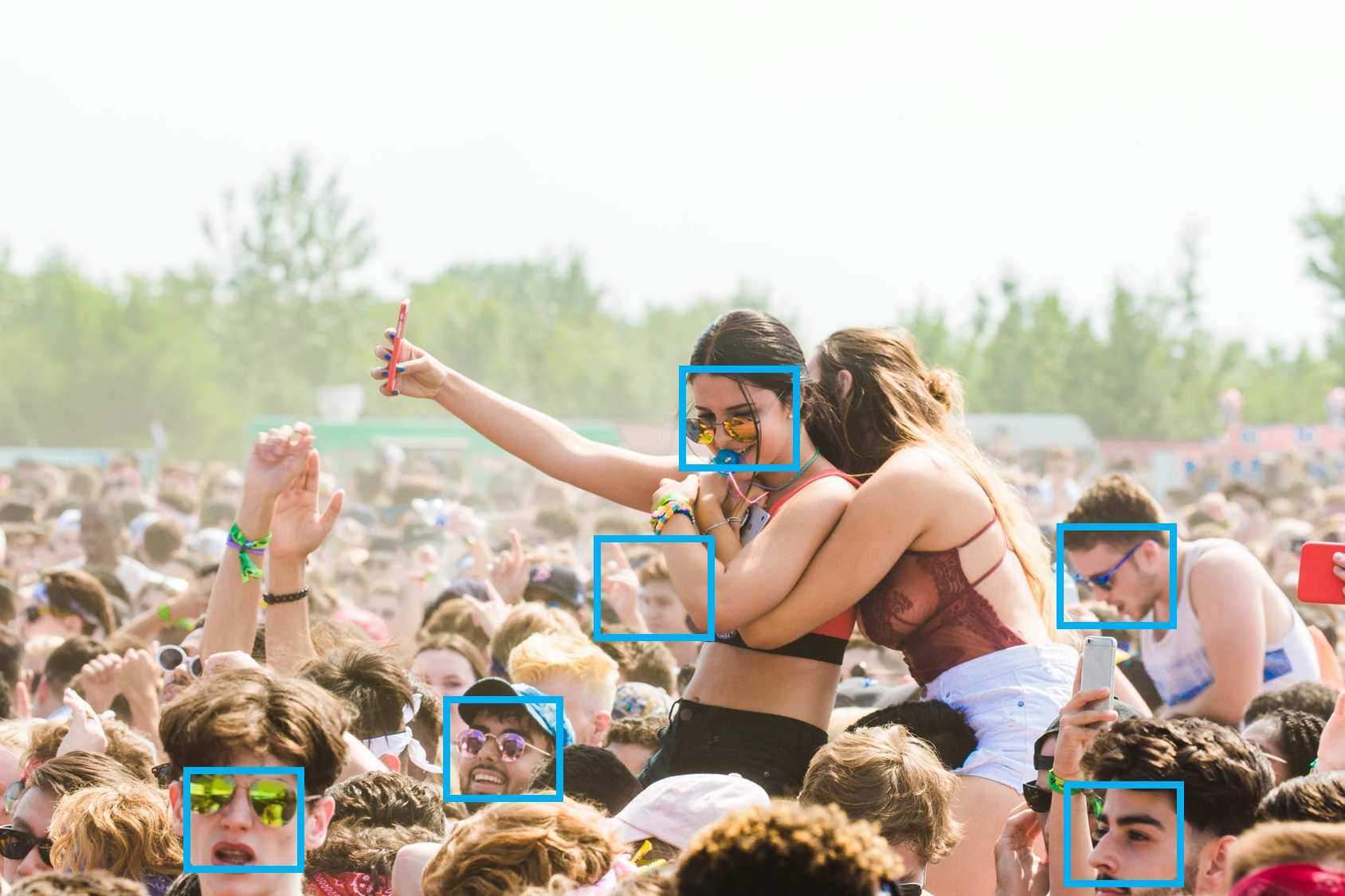 My friend, tell me something: Would you be able to have fun if you felt you were constantly being watched and monitored?

Technology is advancing extremely fast and its applications to monitor people is growing exponentially.

Currently, the Chinese government has implemented hundreds of thousands of surveillance cameras in train stations, urban centers and public spaces to track the behavior of its citizens. Moreover, it has boosted a new sector which combines visual recognition with artificial intelligence to provide real-time data on people’s behaviors.

Potentially the largest player is SenseTime. They have raised over US$1.6 billion and are valued over US$4.5 billion. And… they currently own a database with over 2 billion faces.

Think about this for a second, my friend: A database with over 2 billion faces!

The measure is justified on security basis, with the promise that it will lead to a more organized and safer society for everyone.

Now imagine this being applied in music festivals, concerts and other contexts in which we wish to simply have fun. Would be able to enjoy it if you knew you were being watched?

Before talking about the implications of peoples’ visual monitoring on hedonistic experiences, let us first discuss quickly what facial recognition technologies are.

What are Facial Recognition Technologies?

Facial recognition technologies use a combination of visual detection with artificial intelligence to provide real-time and historical analysis of personal behavior in public and private spaces.

Incredibly, the way facial recognition works is quite simple. What is truly astonishing is the accuracy with which it works, given the amount of structured and non-structured data it needs to process.

To put it simply, this is how the system works:

For you to have an idea of how precise this system works, recently BBC conducted an experiment in China. The task? A reporter should be found in the city center of Shanghai.

Guest how long it took to find him? 7 minutes. Yes, only 7 minutes.

You can watch it all below:

And you can be sure of one thing: The system will only get faster and more precise. In a few years, it will be a matter of seconds.

Moreover, with the advances of facial recognition technologies, it is also now possible to identify one’s sentiment. Yes, their sentiment and even their personality.

This means, AI can identify WHERE we are looking and how we FEEL about things and WHO we are. Facial recognition will be able to know even more about ourselves then we will.

Can you follow me here and just see how creepy this is and its possible uses? For example:

How Will Facial Recognition Technologies Influence the Entertainment Sector?

Facial recognition has already reached the entertainment sector. The problem is that you are probably not aware.

Unfortunately, there has been a few recent cases of violent attacks and other incidents in moments of hedonic motivation for consumers. These include music festivals, concerts, football games, cinema and others.

And the danger not only affects fans, but also, artists. Therefore, these incidents enhance consumers’ desire and demand for safer environments.

According to multiple sources such as Rolling Stone, and The Guardian,  Taylor Swift used facial recognition technology to detect stalkers at her concerts. Fans were drawn to a screen with rare footage of the artist, and without knowing, their images were being recorded and sent back to a database which matched them with footages of celebrity stalkers.

All happening in real-time.

But this was not the first case. Earlier this year, a man had also been arrested in a music concert with the support of facial recognition. Where? China.

So, one more, the question is:

Would you be able to have fun if you KNEW you were being watched constantly and having your personal and behavioural information stored and analyzed?

Understanding The Consumption of Hedonic Experiences

Hedonic experiences (moments in which we seek pleasure) require an inevitable involvement and engagement between a person, the experience provider and the context.

For example, an involvement engagement between the music fan, the band, the music and the environment. All of these elements must come together for a memorable experience to happen.

For someone to enjoy and sing intensely during a music concert, one must “let go” and allow him or herself to truly engage without shame or hindrances. The same should be said towards the consumption of theater plays, clubs, bars, music festivals and many more hedonic experiences.

Without relaxation, enjoyment and involvement becomes very difficult. Stress has never allowed anyone to be in the right emotional state to enjoy hedonic experiences.

So it will be very interesting to follow the development and acceptance towards facial recognition in hedonic experiences.

But one example might give us an indication: football stadiums.

Historically, hooligans and extreme fans have caused immense trouble across all continents of the globe. As a result, many of them have been banned for years to enter stadiums. Nevertheless, how could clubs really track the presence of these fans if not by using algorithms with cameras to track their potential presence?

And interestingly, so far, this practice has caused no issues in the consumption of football experiences. Perhaps because fans have “desensitised”, as they feel safer.

Or perhaps, because simply do not now that they are being monitored this way.

What Does the Future Hold for Facial Recognition Technologies in Live Music Experiences?

On the other hand, given its characteristics, hedonic experiences could become one the few contexts in which facial monitoring may not be implemented or popular.

Why? Exactly because it goes against the motivation of users and the purpose of such events. It is conflicting to say the absolute least with one’s desire to have fun and feel pleasure.

Surveillance cameras disrupt consumer trust and ruins the engagement with the experience.

So potentially organizers should focus on promoting exactly the opposite: festivals and concerts as “tracking-free spaces” and perhaps, fully disconnected environments. More and more, disconnection will become a new form of experience. And no surveillance as well.

Yes my friend, these are very different times.

They are the new tracking feature of modern times.